And must there not be some art which will effect conversation in the easiest and quickest manner; not implanting the faculty of sight, for that exists already, but has been turned in the wrong direction, and is looking away from the truth? - Plato. The Allegory of the Cave. c. 380 B.C.E.

Artist's Statement: One advantage of working within the limitations of a medium resides in an opportunity to engage and highlight characteristics that are particular to that medium. When my attention is focused upon the nature of functional ware in its applied fields, the character of hollowware enters my mind. Named to designate articles of tableware that are hollow in nature (e.g. pots, jars, bowls, vases, etc.), some would describe this hollow space of utility as the realm of the potter’s space, citing the inherent emptiness as a foundation for conceptual thought and inquiry. A vacancy of a similar character is the hollow interior of a ceramic form that is devoid of both utility and assigned aesthetic (e.g. the space concealed within particular slip-cast figurines). Considered a technical aspect that is stipulated by the material, this space is not necessarily a site of significance equal to the notion of the potter’s space. For me however, the cavity of a slip-cast figurine is a profound source of conceptual and material implication.

I often employ a system that allows me to cast the internal space of a slip-cast figurine, rendering it visible as a tangible form. As the initial figurine is removed through a systematic process, the interior space achieves a physical form of its own and separates itself from its counterpart. Shrouded in vagueness, only a few discernible clues are presented to indicate the origin of the abstraction. However, through a didactic indication (i.e. an artist’s statement, a title card, etc.) a gap is formed and a partial scenario is established influencing the viewer to confabulate the gap created through this shared process. The viewer may ultimately begin chasing what “it” is (the cast interior form) through both thought and memory as they reach to grasp “something” they think they know or in effect long to know (the unseen point-of-departure). My work is often concerned with the urgency of this maneuver. It presents the viewer with a complex issue of merging the visible with the invisible, like the shadows in Plato’s The Allegory of the Cave, in an effort to discern a shape defined by an absence.

What matters to me is establishing a cognitive equivalency between the work at the origins of a process and the viewer’s experience with the final, presented subject. The dialogue that emerges beyond this juncture is a trajectory of thought that is often difficult to categorize by virtue of its unruliness (i.e. assigning names to shapes in the clouds or shadows on the wall). I find this path, however, to be the most engaging venture of the work. For me, the work is not about an accurate resolution of objects or ideas; what matters is not what the viewer sees by nature of this method but, rather, what they think they see. Staged or simulated, it reveals a compelling story. 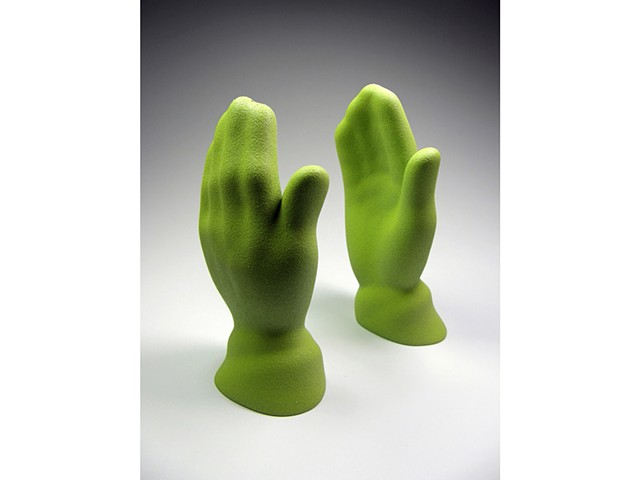 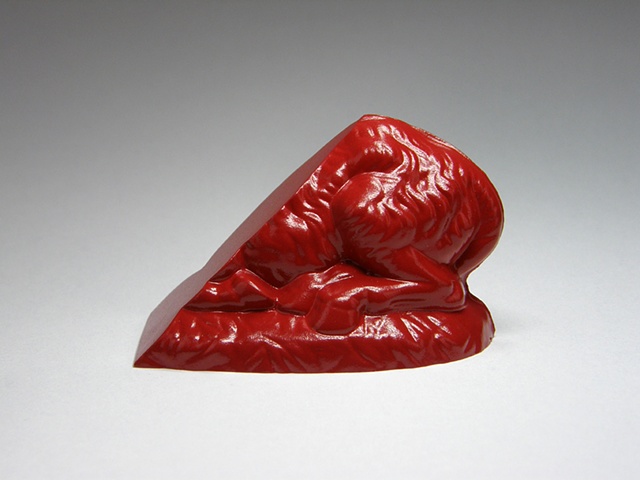 Born in a Barn (Door Wedge) 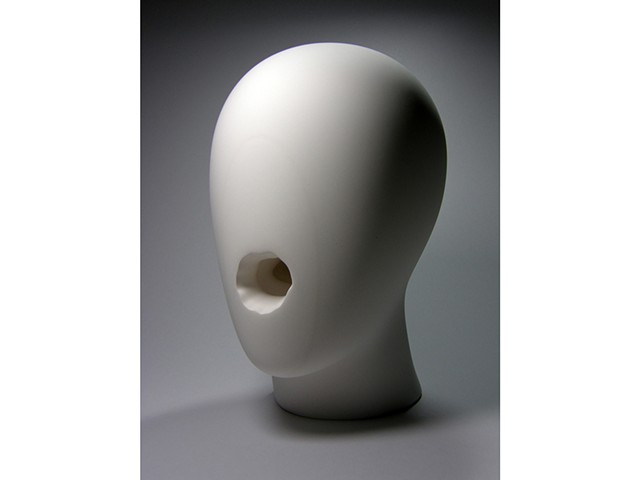 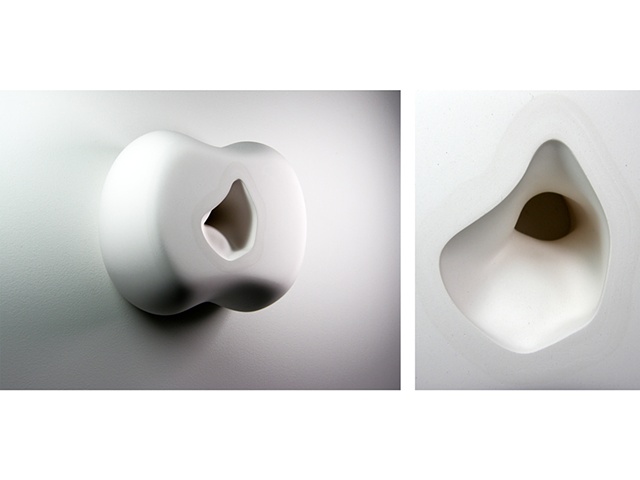 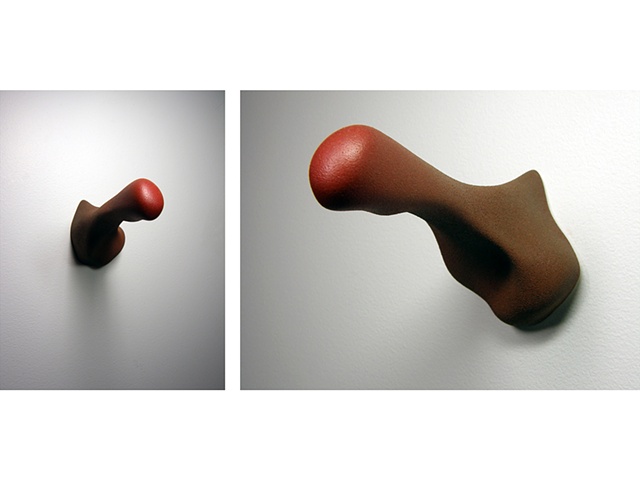 In Search of an Honest Man 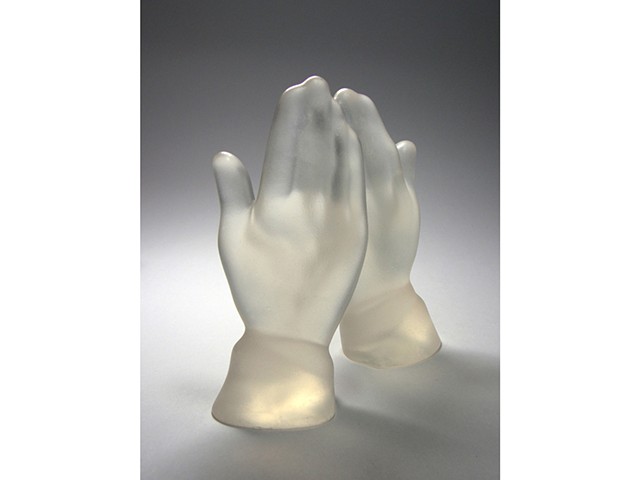 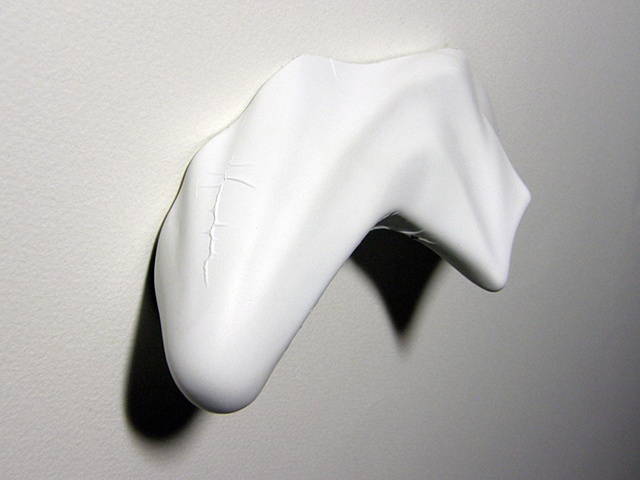 Rise / Beneath the Sheet 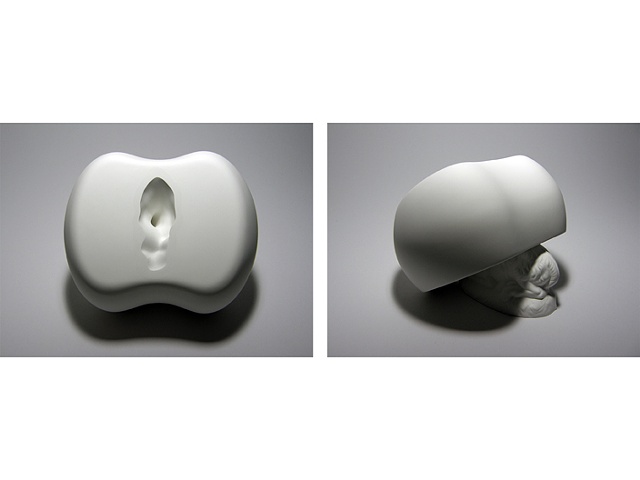 That which is Sacred and Holey (Ass) 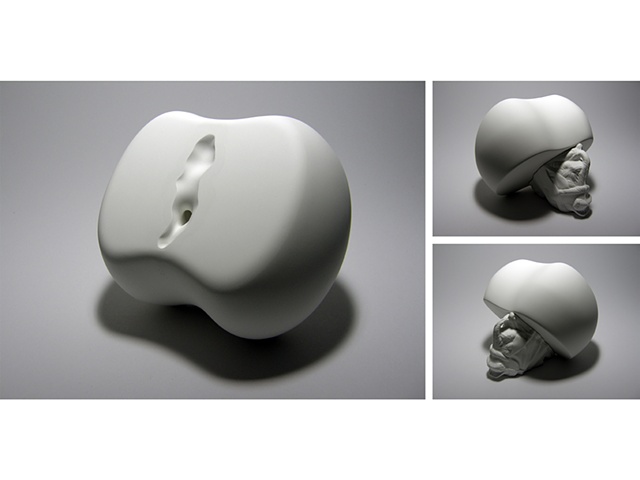 That which is Sacred and Holey (Camel) 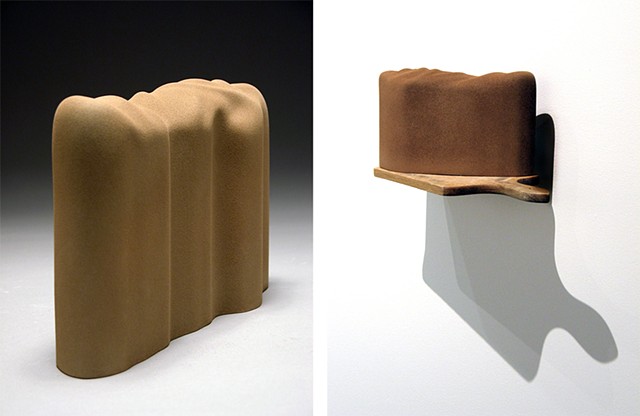 "This is my body which is for you" (Rise)