Description: This work parodies a particular school of ceramic hyper-masculinity that fetishizes atmospheric firing processes. CELADONG applies digital images of traditional celadon glazed surfaces with a fictional brand of men’s underwear, which I designed and had prototyped by a clothing manufacturer, constituting a brief departure from the authenticity depicted in my Shinowear series. (Celadon is a type of transparent glaze that is jade-green to sky blue in color. It is produced by firing a small amount of iron oxide in a glaze base at a high fire temperature in a reduction kiln. Celadon often contains a small network of cracks in the surface of the glaze, known as crazing.) 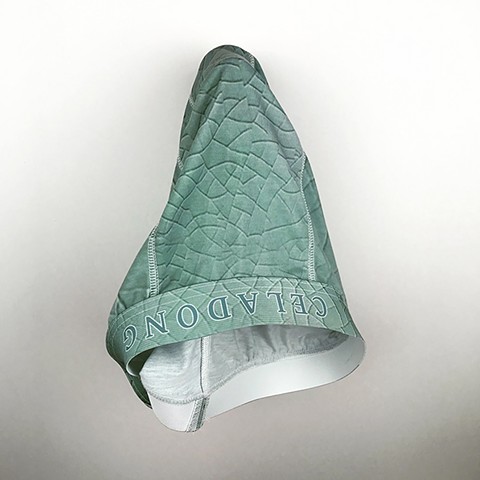 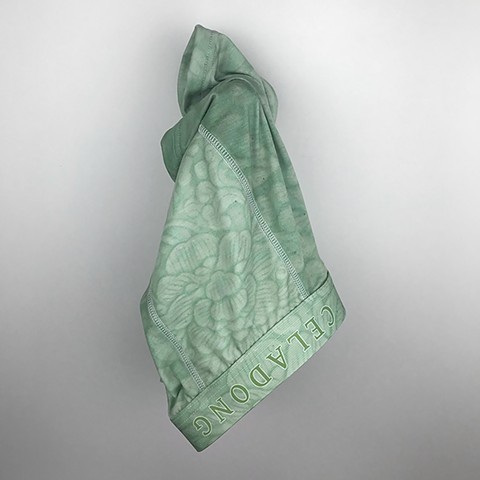 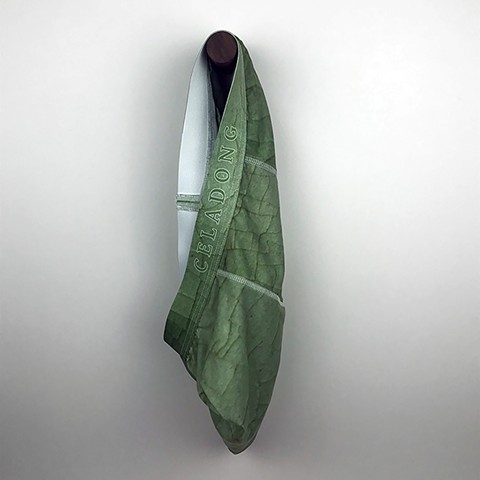 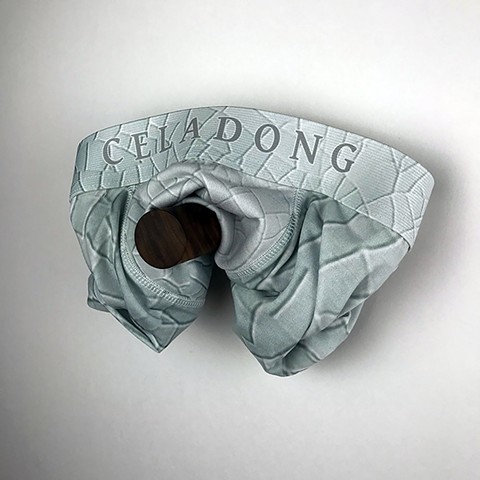 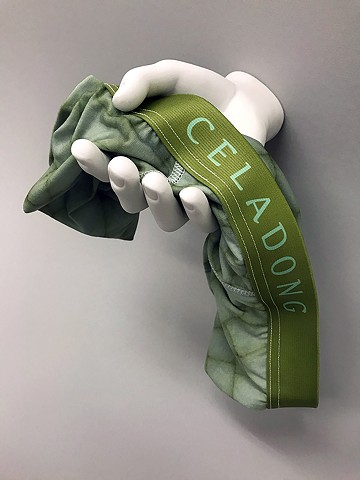 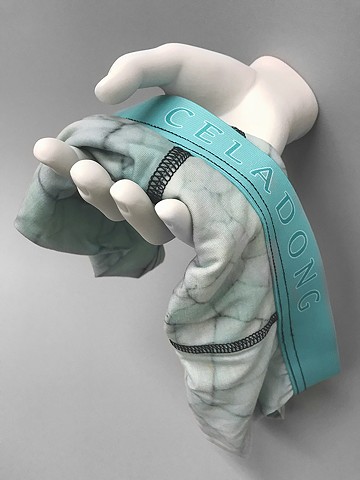